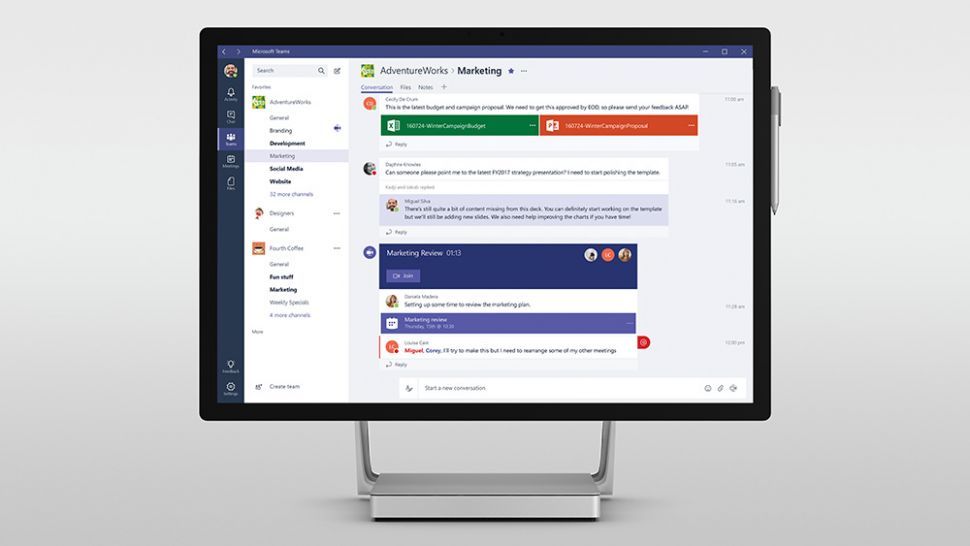 More updates are coming to Microsoft Teams, following the announcement of a new History Menu for desktop users. The new feature appeared quietly as part of the Microsoft 365 roadmap but will undoubtedly be welcomed by Teams users that want a faster way to navigate back and forth between frequently visited parts of the platform.

“The History Menu for Teams desktop clients displays your recently visited locations when hovering over the backward and forward navigation options,” the 365 roadmap explains. “Using the menu you can quickly jump back to previous locations, making it much easier to quickly get back to nested locations like tabs or documents. The menu is also accessible via keyboard shortcut.”

The History Menu is currently in development but is expected to be launched in February of next year. It will be available worldwide.

Microsoft has worked hard to provide incremental improvements for its Teams video conferencing software, which has seen a huge increase in user figures this year. The coronavirus pandemic has meant that employees and students have often had to work and learn remotely. For the most part, digital tools have worked well but challenges have remained.

The addition of a History Menu will prove particularly useful for individuals that use Teams on a regular basis, making it easier and quicker for them to access areas of the platform that they have visited previously.

Microsoft has announced regular Teams updates over the last few months, including a Large Gallery view, all-day video calling, and enhanced mobile functionality. The Redmond-based firm is under pressure to continually improve its platform to maintain its market share in an increasingly competitive market.