Windows 11 is real and microsoft hasnt even announced it yet

When Microsoft released Windows 10 in 2015, it said it would be the final full release of Windows, with updates coming twice a year to keep it current – similar to the approach Apple took with macOS 10. But it looks like those days are over, because Windows 11 has fully leaked online.

While you can’t actually download the operating system yourself, videos are already starting to show up from well-known tech sites like our sister site Windows Central, who downloaded the new OS and took it for a spin. 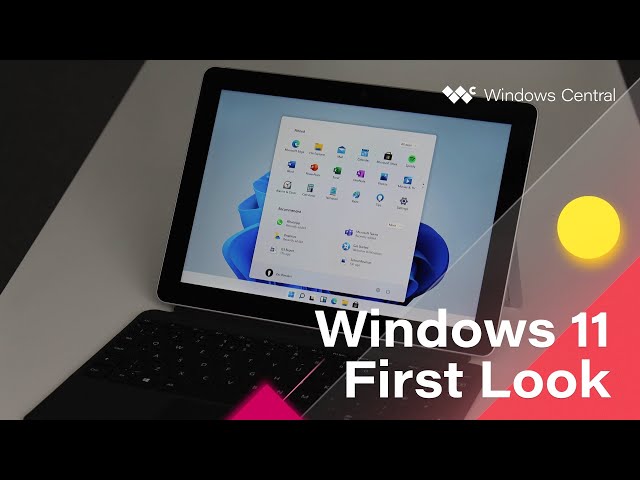 From what it looks like, this is a total rework of the Windows UI, with the new taskbar being the most immediately striking difference. It kind of looks like macOS with a Windows twist, with most of the icons, including the start button being smack dab in the middle of the task bar. Luckily, you can go into the settings and move all the taskbar buttons to the left side of the taskbar, just like Windows 10.

A lot of the UI elements, like the volume rocker and the notifications display look pretty much the same as Windows 10, but that’s likely because the new versions of those elements are still in development. But animations and movement seem to be a lot smoother.

We have reached out to Microsoft for comment, and we’ll update this story if we hear anything more from the company.

Just an hour or so after the leak was spotted online, the Microsoft Windows Twitter account plugged its upcoming Windows Event on June 24 to find out more. We wouldn’t take this as Microsoft acknowledging that the leak is genuine or anything, but the timing is definitely interesting.

But, looking at Windows 11, it looks like a lot of the UI is still very much Windows 10. The settings menu, the notifications panel, and even Microsoft Edge look basically identical, beyond the small system-wide details, like the more rounded edges and such.

So it’s likely a lot more details beyond the leaked version of Windows 11 could be revealed at Microsoft’s upcoming event. It would be a little odd if Microsoft was going to release a generational jump like this that’s so barebones without more radical changes.

For the most part in the Windows 11 build that’s out there right now, the biggest changes are to the taskbar and the Start menu. Those are pretty fundamental changes, to be sure, but we’re sure there’s more behind the veil.

As for the changes themselves, we think they’re going to be pretty divisive, just like any major Windows overhaul is. But, at least visually, on a first glance, the new operating system looks gorgeous, and we can’t wait to dig in over the coming months and years to learn everything there is to know about it.